Littering fines to be increased in Bahrain 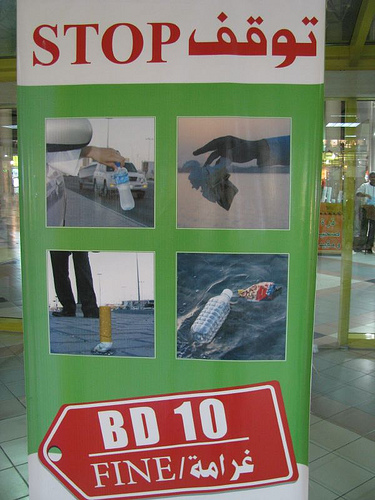 Littering is a common menace one can witness in all urban areas. Streets, sidewalks, parking lots, roads and highways are mostly covered with food wrappers, soft drink and water bottles, plastic bags, handbills, cigarette butts, tissues, papers and others. Littering is most likely to take place at locations where litter is already ‘present’.

Around 1.9 billion tons of litter ends up in the ocean every year, which clearly shows that people tend to throw things randomly anywhere, more often than they throw waste in garbage bins. Litter is not just an ugly or an aesthetic problem; it has serious environmental consequences that can persist for decades. Styrofoam container takes up to a million years to decompose and break down. A disposable diaper can take more than 500 years; cigarette more than 10 and even orange or banana skins stick around for more than a month.

Litter has the potential to cause harm to human health, safety, welfare, as well as the environment. 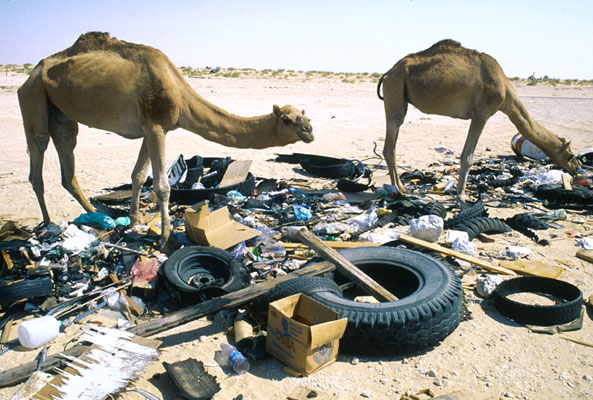 Littering is a national hobby done by many no matter what nationality. 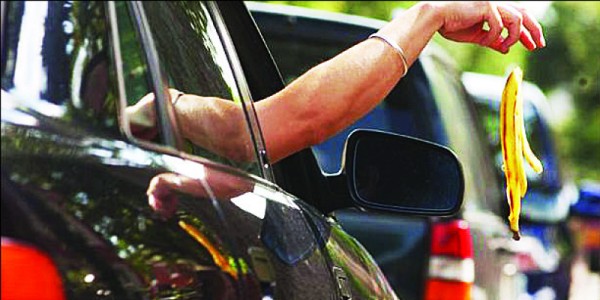 Just stand next to a restaurant and see people throwing out the trash from their window. Even those standing next to bin don’t bother to throw it in.

When pointing this out many still continue to drop the waste next to instead of in the bins because we have cheap foreign laborers cleaning up after them. 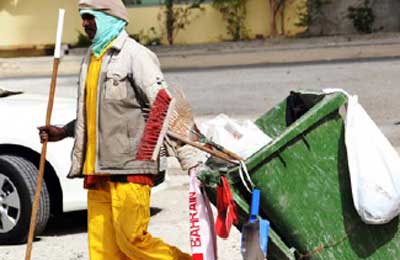 In the GDN on January the 22 it was mentioned “Under the existing law offenders are fined BD10, however, if the new rules are implemented then fines for minor offences will range between BD100 and BD300 and for serious offences will be between BD500 and BD1,000.”

I would love to see this: if you get caught littering for each BD fined a day of community service work to clean the streets come rain or shine to discourage the littering – fines are easily paid but actually working to clean it up will give them a clear message – how long it takes to clean up after all the lazy people not bothered to clean up after themselves.