On the 18th of January a call was send out to come and remove (resue) a turle sighted at Amwaj by an resident who called the EFS.

The Gulf provides habitat for five of the planet's seven marine turtle species.

While these contribute substantially to marine biodiversity, ground reality is that both turtles and reefs are as gravely threatened in this region, as they are the world over.

All five turtle species fall into either the endangered or critically endangered categories; and two-thirds of the Gulf's coral reefs are classified as at risk. With threats persisting and growing, EWS-WWF considered it important for concerned nations to congregate and strategize about the region's marine biodiversity.

All species, other than the leatherback, nest in the region.

Nesting beaches occur in the UAE, Qatar, Kuwait and Iran, but the finest are found along the coasts of Oman and Yemen.

In Oman, an estimated 30,000 loggerhead turtles nest on Masirah Island each year, making this possibly the world's largest nesting ground for the species, while some 13, 000 - 20, 000 annual nesting female green turtles congregate on Ras Al Hadd and Ras Al Jinz.

Loggerheads also nest along Socotra Island in Yemen, which additionally hosts some of the Arabian Peninsula's most important nesting beaches for green and hawksbill turtles on the Sharmah - Jethmoon coast by the Gulf of Aden.

Coral habitats (with patch, platform and fringing reefs) surround major islands and offshore banks in all countries of the Gulf.

It is not surprising that the best coral ecosystems are also where the greatest turtle populations occur - Yemen and Oman coasts, where reefs provide ample foraging grounds.

It is, however, Yemen's reefs (Red Sea and Gulf of Aden) that are the jewels in the crown.

With 253 stony coral species, Socotra archipelago is one of the richest sites for reefs in the western Indian Ocean. Extensive and diverse coral growth is also observed along the Red Sea coast of the country.

Marine biodiversity in the region faces extensive threats. One recent and most damaging threat to turtle and coral habitats in almost all Gulf states is the unprecedented pace of construction along, and off, the coastline.

Destructive and wasteful fishing is another.

If turtles are falling prey to shrimp trawlers in Bahrain and entangling in gill nets along Qatar, then coral reefs of Oman are getting smothered by abandoned fishing gear and those in Kuwait being crushed by boat anchors carelessly dropped on them. 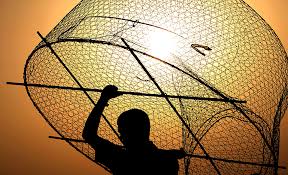 If it is coral collection for ornamental use in Iran and coral fishes for the aquarium trade in Yemen; it is turtle eggs for consumption in Qatar and four wheel drive - vehicles on turtle nesting beaches in the UAE.

The main threats which affect marine turtles are:

But perhaps, the most bemoaned is the lackadaisical enforcement of environmental laws and regulations in most states.

Rarely are projects halted, or even modified, following an environmental impact assessment report.

Construction of artificial islands has considerable impacts around them,especially if the projects are large scales.

The big projects have extensive environmental implications for the whole region.

Profound underwater changes- As a result of the dredging and redepositing of sand for the construction of the islands, the typically crystalline waters of the gulf have become severely clouded with silt

Developers, in most cases, exercise greater influence on decision makers than the environment protection authorities!

Undoubtedly, these shared species of the Gulf are gravely imperiled.

Some efforts are, nevertheless, being made towards marine biodiversity conservation.

Such as turtle tagging to study their migration; coral reef surveys and research; fisheries bycatch reduction (Bahrain is testing a BRD - Bycatch Reduction Device); establishing artificial reefs to compensate for destroyed natural reefs and others.

However, that said far more needs to be done if marine biodiversity is to be protected: establish more Marine Protected Areas strengthen enforcement laws and regulations related to natural resources and, significantly, reform the environmental impact assessment process.

Additional recommendations include greater stakeholder input into decision-making and improved collaboration and communication between national and regional conservation organisations by international experts.

Reply environment friends society
5:09 AM on May 6, 2013
i would be very careful before I advocate artificial coral reefs as the solution

Reply Jameela Mohanna
3:52 AM on February 13, 2013
the building of artificial Islands in the Gulf have an even greater impact - part of building is done by dregging etc;

Profound underwater changes- As a result of the dredging and redepositing of sand for the construction of the islands, the typically crystalline waters of the gulf have become severely clouded with silt

Erosion problems Estimated erosion of 8-10 per yr Natural beaches affected
Even projects in other parts of the Gulf have an impact on the surrounding coastal area's and flow patterns.

environment friends society says...
Reefs and marine habitats have to b protected mainly from dredging and reclamation and not just fishermen. Rules and regulations have to be firmed regarding projects and activities that destroy the sea bed, water quality and forms of life in the sea. Artificial reef is a pain killer but not a solution.

Reply environment friends society
3:13 PM on February 12, 2013
Reefs and marine habitats have to b protected mainly from dredging and reclamation and not just fishermen. Rules and regulations have to be firmed regarding projects and activities that destroy the sea bed, water quality and forms of life in the sea. Artificial reef is a pain killer but not a solution.