Every weekend throughout the month of September, Coral Bay is encouraging people to collect rubbish(from the sea) and record the information to be sent to Project AWARE, where a final weigh-in will be calculated.

Dive Against Debris will take place on Friday 21st of September from 9am-2pm.

Those interested to join can register for free by calling Coral Bay on 17312700, or visiting www.facebook.com/CoralBayDivingWatersportsCenter

Donations to Project AWARE can be made through its website www.projectaware.org, supporting the fight for healthier and cleaner oceans.

Marine debris can have many impacts on the environment. As well as causing an eyesore on beaches, it damages wildlife habitat, causing entanglement to sea-life and raises human health and safety issues.

Environmentalist Penney Gitonga is thrilled by the number of volunteers who have agreed to dive in to support an initiative to clean up debris from the sea.

Dive Against Debris takes place on Friday and volunteers are being encouraged to help clean-up the water, record data and weigh any debris collected.

Diving instructor, co-ordinator and Dive Against Debris organiser, Penney, 29, said: “I’m very excited about the event because so far the response has been amazing with more than 30 confirmed volunteers.

“Every year Project AWARE persuades people to get rid of rubbish in the ocean. They reach out to dive centres worldwide to help tackle the problem of marine debris. We just want people to collect anything they find in the water because it is filled with garbage. 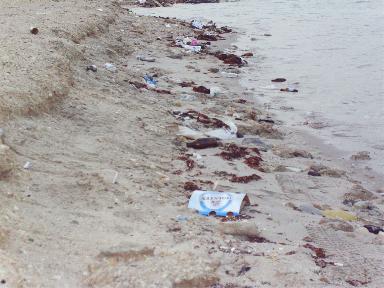 “My aim is to make people in Bahrain more aware that this is a huge problem. There is so much debris everywhere.”

One a recent diving trip to nearby Abu Thalma she was dismayed by the large number of discarded fishing nets and plastic rubbish found in the vicinity. With five volunteers, her group collected more than 20kg of waste. 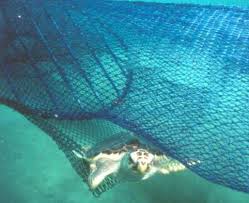 nets are a big hazard to marinelife

She said: “I have been diving for eight years and have grown passionate about this matter. To make a difference you just need to get educated and have the motivation to help and do something about it.

“If I had one wish, it would be that plastic usage be completely banned. It doesn’t decompose and stays in the sea for a long time and badly affects sea creatures.

“For example, the worst thing is that turtles confuse plastic bags for jellyfish, which they love eating, and once it gets into their system it cannot be digested and eventually leads to them suffering a lingering, painful death.” Kenyan-born Penney will give volunteers a briefing before the event with a presentation highlighting the dangers and what informed individuals can do to help tackle the problem. There will also be a chance for like-minded people to mingle over free refreshments and food. Everyone is welcome to take part and will receive a certificate recognising their efforts.

Penney, who lives in Umm Al Hassam, said: “There is a job for everyone, even if you are scared of the water you can still help collect data. People are slowly becoming more responsible as we can see changes for the better.”